Which memetastic mascot will prevail?

Pepsiman was running around looking for cities that were out of Pepsi. Eventually he came into Lazytown and found that there was no Pepsi in sight. He decided to fix that by putting a Pepsi machine down. Meanwhile in his aircraft Sportacus saw an alert for trouble and went to investigate. Just as Pepsiman finished putting the machine Sportacus came by and saw what was going on.

Sportacus; “What do you think you’re doing? We don’t drink disgusting soda in Lazytown! Now get that out of here!”

Pepsiman just stared back stunned that he could say that about the refreshing Pepsi. Sportacus: “What are you waiting for? Get rid of it!”

After a moment of silence, Pepsiman shook his head no.

Sportacus: “Don’t make me do this the hard way!”

Pepsiman cracked his knuckles and gestured Sportacus to bring it. Sportacus nodded and they both began to run at each other

Sportacus: “Can’t catch me now, can you? Maybe you should stop drinking soda, so you can be fast and do this!”

Sportacus backflipped to a nearby wall and caught himself on top of it with one hand. Pepsiman got an idea. He ran right into the wall and burst through it causing Sportacus to fall headfirst on the floor. Pepsiman then kicked Sportacus head and shot him straight into the soda machine. Sportacus saw the machine and had an idea.

Sportacus: “Have a taste of your own soda!”

Sportacus picked the machine up and threw it at him. Pepsiman caught the machine and chucked It back at Sportacus. Sportacus then pressed the number 10 on his chest, quickly pulled out a baseball bat and shot the machine back to Pepsiman. He attempted to catch it but it was too much force and the machine collapsed on top of him.

Sportacus: “That was easy. Goes to show that sugar will kill you.”

As he was about to leave, Pepsiman burst through the machine, with Pepsi cans in hand and shot them straight at Sportacus. Sportacus sent them back with his baseball bat but failed to notice that Pepsiman used this as a distraction to come right back at him. Pepsiman punched Sportacus square in the face, knocking him to the floor. He then shook a Pepsi can and shot it straight at Sportacus. Pepsi filled the mouth of Sportacus, and he started to gag. Pepsiman seemed satisfied with the job, knowing it was over, but Sportacus wasn’t done just yet. He hit the 10 on his chest and an apple came out, one quick bite and he shot up with a surge of energy.

Sportacus: “Have a taste of Sports Candy!”

He quickly got into the blimp and shut the door. He got into the control center and got that thing off the ground. Sportacus watched as it took off. But he wasn’t ready to end it. He grabbed his flying scooter and chased the blimp. He managed to catch the blimp and force the door open. Pepsiman was not expecting to see Sportacus as he was trampled by him. Sportacus unloaded on Pepsiman, but Pepsiman retaliated with some punches of his own. The brawl was at a standstill until Pepsiman dodged a punch, grabbed a Pepsi can and smashed it on the side of his face. He then kicked Sportacus into the wall. Sportacus activated a switch that shot tennis balls all around the airship, hitting Pepsiman all around. He then grabbed his tennis racket and shot some straight at Pepsiman, getting several shots to the head. Pepsiman found a racket on the floor and quickly grabbed it and started throwing tennis balls right back at Sportacus. The tennis match seemed dead even but Pepsiman was getting tired and hatched a plan. He grabbed a Pepsi can, opened it, and sprayed it at Sportacus. Sportacus dodged which stopped the tennis match and threw another can at the blimp controls. The machine started to malfunction and eventually exploded. Sportacus was too distracted by this to notice a kick to the back of the head by Pepsiman. Pepsiman grabbed the flying scooter and got out of the blimp, as it fell and landed with an explosion.

Pepsiman came to the ground to realize that they ended up in Pepsi City. He looked back at the blimp and walked away from it satisfied with is work.

Suddenly he heard a rip, Sportacus had torn through the hole and was chewing on something. Sportacus swallowed and smirked.

He ran like a speeding bullet and threw a punch at Pepsimans face, dislocating his jaw. Pepsiman fell to the floor and he grabbed his legs and tossed him over his shoulders landing straight to the ground before chucking him into a building. Pepsiman goes right through the building and lands on a street corner. He can barely move but looks around and gets an idea.

He throws a Pepsi can onto the floor and moves out of the way. As Sportacus come running towards him, he lands on the Pepsi can and nearly trips and falls but crushes the can and gets his balance. He looks towards Pepsiman, where he has a fire extinguisher on hand and shoots it at Sportacus. Sportacus braces for the impact, but to his shock, it was filled with Pepsi.

He is shot back through the hole of the building that Pepsiman went through. He felt severely drained and grabbed a Sports candy, but before he can bite into it, Pepsiman shoots the Pepsi at the fruit and it falls out of Sportacus’ grasp. Sportacus looks at the fruit and gulps, knowing what’s coming. Pepsiman sprays the Pepsi right into Sportacus’ mouth. He gets closer and close to Sportacus, who’s struggling to hold back, eventually shoving the hose straight into his mouth. Sportacus has lost almost all of his strength and uses all of it to get the hose off him. Pepsiman just looked on as Sportacus struggled to catch his breath. Sportacus saw his stomach start to jiggle massively. Sportacus felt his heartbeat racing, and he couldn’t control himself. He watched in horror as his stomach exploded from all the sugar. He saw his destroyed stomach fall out before collapsing himself, covered in a pool of his own blood and body parts. Pepsi man knew that he was done and began to run back to Lazytown to restock some Pepsi as his theme music played. 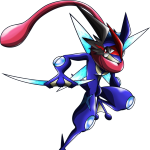