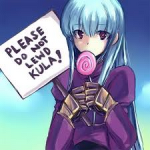 I'm Sinnovalos. I'm (at time of writing) getting my butt handed to me by Coronavirus in regards to work, so this is my hobby rekindled. I didn't feel like I left on my terms and I want to put that right with a revival season, and hopefully more to follow.

As of 18th April 2020, I have regained my status as admin. I hope to do the site proud, and rival Zack as both writer and leader! Or... maybe as a writer only. I dunno xD.

Check out One Minute Melee Fanon as well where I also help admin.

As of the end of Season 3, I will also be bringing back my Adopted Series. These battles bare none of the conditions as my main series matches and the previous battles adopted (such as Seryu and Koro VS Finn and Jake) will not be counted in this series.

Made for me by ZackAttackX!

So, initially, this arc was between ZackAttackX and Peep4Life. Once Pillsbury returned to the site, we had to include our long time buddy into the storyline to help make the angle more fleshed out.

Peep serves as the antagonist of the opening battles, after my hiatus from the site we use it to fuel a storyline between me and Zack. Despite Zack being totally in the right and Peep totally in the wrong, Peep was initially being cheered for. Marks xD

The original battle between Peep and Zack is received very well. There's plenty of humour, witty references, and plenty of emotional draw.

It is established very early on just how these characters fight and what the story means to them. Zack's fighting style is as pure as his intentions; magic and skill as opposed to Peep's more ragged and run down cryokinetic power - a representation to how Peep was feeling during the time of writing given other events. Despite their differences, they find time to make references to the arrogance of a lot of their critics over the years, whom they destroy in a fashion inspired by, of all things, Coach Goes Ham - an SFM Left 4 Dead parody.

The setting is based largely on landmarks known in both their towns - this is helped massively by us being close friends off Fandom and both being English so we knew all about the shops and terrain we wanted to lay out. After an emotional battle, which sees Zack hang with Peep for the longest of times, the Roserade avatar admin cuts down his former friend in a scene to imitate Vito Scaletta's OPTIONAL death in Mafia 3.

Peep and Zack both enjoyed writing the shenanigans of this match, often sending each other pitches of Discord. The point of the battle was to demonstrate them both at their best and their worst, capturing both Peep's decline into darkness (metaphorically and literally in the story) and Zack's noble attempts to keep hope alive.

The battle obviously did well as not too long after, everyone else seemed to want to do infinite user battles, often dragging Zack and Peep in and completely ignoring the set character for Zack across the battle.

Peep VS Zack VS Zomboi

Everything Wrong With DBX:

This will be a parody of CinemaSins' Everything Wrong With series. I will largely focus on my own battles, but if anyone else wants me to do theirs, I am open to suggestions, as long as everyone else is okay with taking a joke.

SIDE NOTE: I don't have a character design. Picture a regular, long haired guy in a hoodie. (K' has been my avatar tbh)

SIDE NOTE 2: No, I would rather not let people use Peep in battles until I have finished his story.

Oh, Professor Palutena - what is your guidance?

Favourite Series - and Favourite Characters from them.

Retrieved from "https://dbxfanon.fandom.com/wiki/User:Sinnovalos?oldid=162289"
Community content is available under CC-BY-SA unless otherwise noted.